According to the legend, Saint Edern, who came from Wales in the 9th century, settled in Ker ar Zant in Edern, before going to evangelise Plouédern and Lannédern.

The church is in the form of a Latin cross and consists of a nave of three bays with aisles, a transept and a choir with two chapels. It was partly rebuilt in 1887-1888.

Of the old building, the chevet, the sacristy, the 17th century bell tower and the west porch from 1554 have been preserved. The church was renovated in 1998. 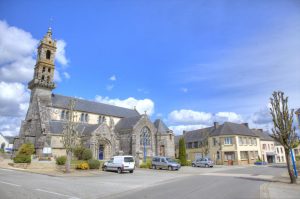 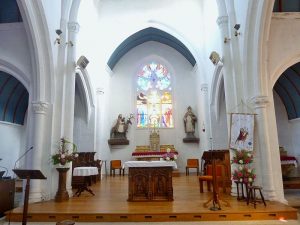 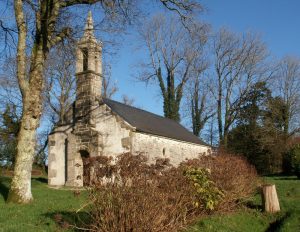 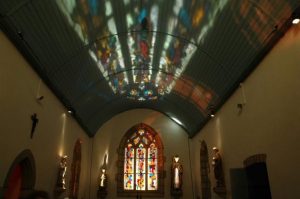 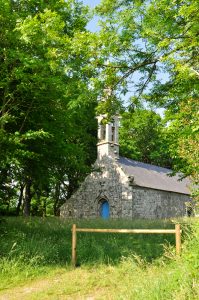 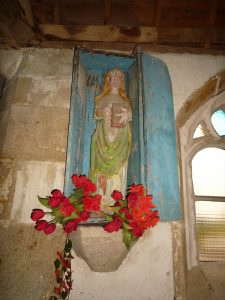 Located in Landivigen, this rectangular chapel has a small bell tower with a dome and lantern dated 1630. The chapel has three polychrome wooden statues: Saint Catherine with her wheel, an unidentified saint monk and Saint Symphorien as a Roman centurion

Chapel of Our Lady of Hellen

Built of schist, the old parts of the church date back to the 16th century. On the wall, a displaced and restored calvary, geminated statues on the crossing and, on the reverse of the crucifix, a Christ standing on a globe.

Sant Yann-Bot-Lan (gorse bush) is situated on the highest plateau of Edern. Surrounded by its grove of trees, St John dominates the Glazik country from Locronan to Kerfeunteun. The building, in the shape of a Latin cross, comprises a nave of four bays with a north aisle, a transept and a choir with a flat chevet.

The chapel dates from the 18th century. The domed bell tower, with a single bell chamber surrounded by its gallery, dates from 1788. The chapel was restored in 1900 and in the 1970s, it has many polychrome wooden statues.

Situated in Gulvain, this former trevial church was rebuilt and halved in 1880 and struck by lightning in 1924. It is a rectangular building with a slender spire and no gallery.

Chapel of Our Lady of Lannien - Inventory sheet 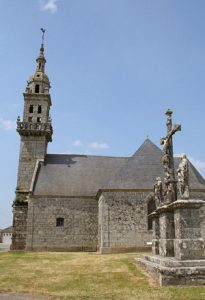 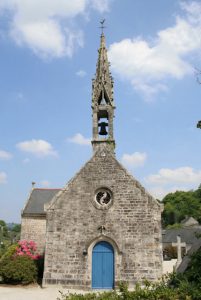