Brittany, Finistère, Cornouaille and Quimper, have always been privileged holiday and inspiration areas for many painters.

The Pont Aven School (1886-1894) is a key page in the history of modern painting. The museum presents key works by Sérusier, Bernard, Maufra, De Haan, Gauguin... The paintings of the Nabis (Lacombe, Valloton, Denis...) and the Symbolists (List, Harrison...) complete the ensemble. 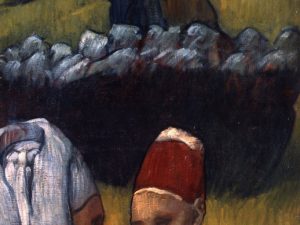 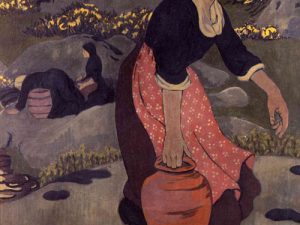 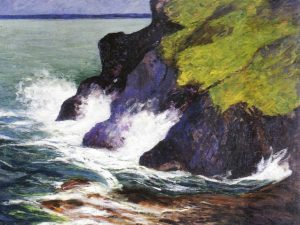 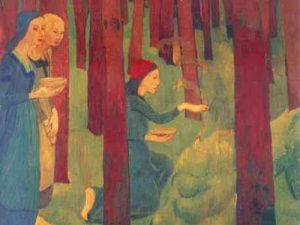 Pont Aven, the city of painters

Visited by painters since 1860, Pont-Aven reached its maximum fame in 1886 with the birth of the Pont-Aven school, around Gauguin, Bernard, Sérusier.

The arrival of Paul Gauguin and his disciples at Pont-Aven and then at Le Pouldu marked an important turning point in the history of painting. Émile Bernard, Maxime Maufra, Henry Moret, Charles Filiger and Paul Sérusier, on the advice of their master, presented a new pictorial conception that broke with the essence of traditional practices. By creating this movement called synthesism, they opened the way to a current of painting freed from academic principles.

Discover the work of artists inspired by Brittany and more particularly by Pont Aven. The new permanent exhibition, enriched by recent donations and acquisitions, presents works by Paul Gauguin, Emile Bernard, Paul Sérusier and other artists of the Pont Aven school. Educational tools, accessible to all, allow visitors to understand this artistic movement, while wandering through spaces offering comfort and unobstructed views of the town's landscapes. 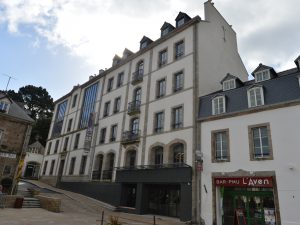 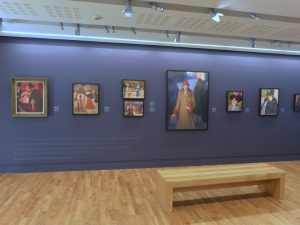 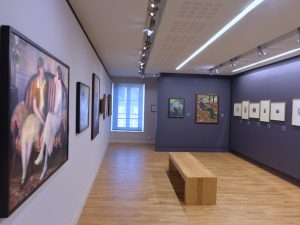 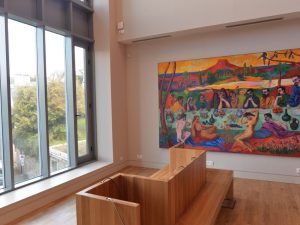 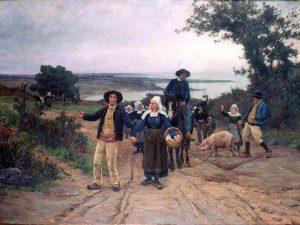 The painters of Concarneau

From 1870 to 1950, two generations of artists from all over the world fell under the spell of the Cornish conch. Around the medieval city, a walled town protected on its islet, were gathered all the motives to please the artists fond of picturesque: a superb architectural heritage, an active population of sailors, workers and peasants in traditional costumes and an important flotilla. This colourful show, with its sounds and lights, amazes painters and photographers, who are well received by the local population. Naturalists, realists, neo- and post-impressionists have worked side by side or in succession by the dozen. It was certainly not a pictorial revolution as in Pont-Aven, the neighbouring town, but, for almost a century, it was a moment of grace for Concarneau. Théophile Deyrolle, who died in Concarneau in 1923, and his brother-in-law and friend Alfred Guillou, are considered the founders of the Concarneau School.

The painters of Pont Croix

Pont-Croix offers a magnificent stage on the Route des Peintres. Between 1920 and 1939, Lionel Floch was the central figure of a school of painting in Pont-Croix. 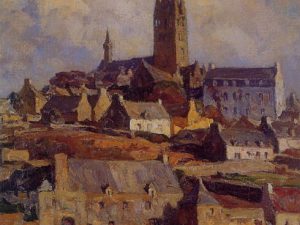 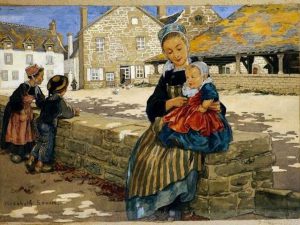 The painters of Le Faouët

From the middle of the 19th century, Le Faouët, with its rich traditions and heritage, attracted many French and foreign artists in search of new motifs. Seduced by the architecture of the chapels of St Fiacre and Ste Barbe and their forgiveness, by the liveliness of the market square on market days, and above all by the sincerity of the population in practising their traditions, painters and photographers discovered in this small town an inexhaustible source of inspiration.

It was especially at the end of the 19th century that this small town became a real artistic centre. The arrival of the railway in 1906 facilitated access to this rural village and certainly favoured an opening up to the outside world. At that time, the hoteliers equipped themselves with artists' studios and all the modern comforts.