Briec has a rich religious architectural heritage consisting of a church and 8 chapels, on the route of the chapels in the Glazik region

The church of St Peter

The church of Saint Peter in the village of Briec can be dated to around 1530-1545 and was rebuilt in 1789 and 1909. In the shape of a Latin cross, it has a nave with side aisles and five bays. The bell tower with double gallery and spire dates from 1692. It was restored in 1802 after being struck by lightning. The door of the porch dates from the end of the 14th century or the first years of the 15th century.
The south door is cross-vaulted. The flat chevet and the transept wings were rebuilt in 1909 under the direction of the architect Chaussepied.
The choir is lit by eleven small round-headed bays. The interior, of the dark nave type, is panelled with barrel vaulting and exposed joists. The high semicircular arches penetrate directly into the cylindrical pillars.
In 2014, a cleaning of the building took place. 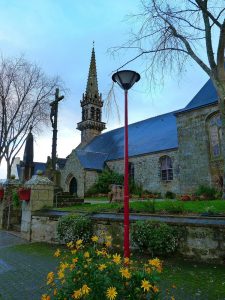 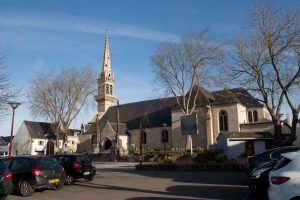 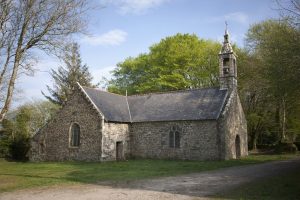 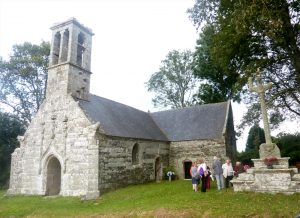 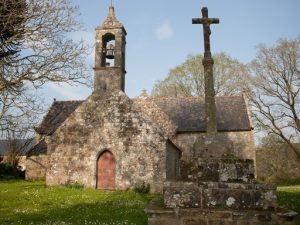 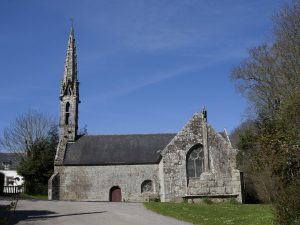 Chapel of Our Lady of Illijour

The Latin cross-shaped chapel of Notre-Dame d'Illijour, with a canted chevet and domed bell tower, dates from 1833 and was enlarged in 1848. Dedicated to the Virgin Mary, it was built in granite, schist and slate.

The Latin cross-shaped chapel of Saint Sebastian dates from the middle of the 16th century. Listed as a historical monument since 1976, it belongs to a local family. On the calvary, above the offering table, there is an inscription "O MATER DEI MEMENTO MEI BRAS FCE", on the north side, a date: "LAN 1570".

The Latin cross-shaped chapel of Saint Corentin (or Kreisker chapel) dates from 1540 for the flat chevet and the ashlar transept, and from the 17th century for the nave, which was rebuilt lower. The west gable and the domed bell tower are dated 1640.

The Sainte-Cécile chapel is the only one in the Pointe de Bretagne to be dedicated to Saint Cécile, the patron saint of musicians. A wooden statue of the saint is displayed in a niche with painted shutters. There is also an altarpiece representing the Last Supper and a high altar painted with the triangle of the Trinity, dating from the 16th century in polychrome wood.

The Saint-Vénec chapel, dating from the middle of the 16th century, is in the form of a Latin cross. It has a calvary with a triangular base dating from 1556. The mass supports statues representing the twelve apostles, whose names are inscribed on the base. At the foot of the cross is Our Lady of Pity surrounded by the Holy Women. Halfway up the body of the cross, small brackets support the statues of St Mary Magdalene, the Virgin and St John.

Chapel of the Madeleine - Inventory sheet

The Chapel of the Magdalene, in the form of a Latin cross, dates from the 16th century. On the side walls of the choir are carved sablières and above the south door are coats of arms held by two lions.

Saint Egarec's chapel has a rectangular plan and a bell tower dated 1624. It has a remarkable wooden high altar in the baroque style, surmounted by an altarpiece dating from the 17th century.

The chapel of Saint Guénolé (or Trolez chapel) has a rectangular plan and bears the date 1636 engraved above the door of the sacristy. However, various architectural details allow us to put forward the dates of 1520-1550. Dedicated to Saint Anne, the chapel also venerates Saints Guénolé and Philibert. 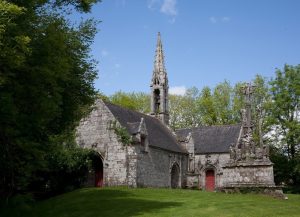 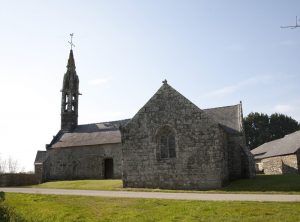 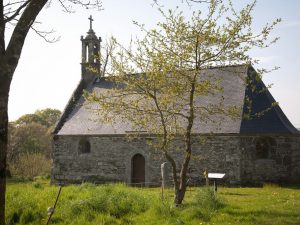 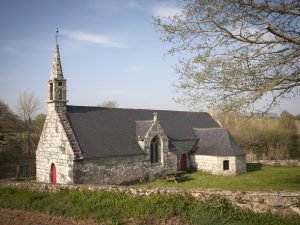